Yesterday Oscar Gröning died. Gröning  was a former SS officer who was in charge of processing possessions and money at Auschwitz. The only reason he became famous, the only reason he was sentenced to prison for his crimes is because after the war he spoke out against holocaust deniers. Here is a man who could have, who did, return to a normal life in Germany after the war. He could have ducked his head and not flinched at the new philosophy of holocaust denial.

Gröning has said that he experienced involuntary guilt due to his indirect participation in the camp. He believes that because he wasn’t personally responsible for killing anyone, he can defend himself citing that he was only a witness to the killings.

What’s fascinating to me about Oscar Gröning is his choice both for action and for inaction.

In many ways his actions here are similar to a holocaust denier. Moral inaction can stem from a variety of complex emotions. Like deniers, the sheer mental gymnastics of reconciling the basest evils of mankind can create the safe illusion that whatever is happening can’t possibly be that bad. Until Gröning heard the screams himself, he seemed willing to assume the best.

Gröning’s ability to distance himself from any culpability is another coping technique, one holocaust deniers often twist to prove their heresies. The notion that surely, if it was truly bad, someone would have stopped it from happening. Someone would have stepped up. Surely an entire people group is not complicit in this evil, because they would have risen up to stop it from happening. Gröning himself seems content to explain his moral relativism in the same terms, though from a more ineffective position. He was not responsible for the actions of the murderers, even if he did help them. It wasn’t as if taking a stand against them would stop the killings.

The reality is that it happens all the time from the schoolyard on into our old age. Power and fear, coupled with current comfort and complacency, can be wielded capably enough to drive ordinary people, who would like to believe themselves to be “good people”, into utter inaction. “If it was that bad then someone else would stand up”. It’s always someone else. And when that someone does stand often we think they stood too early. We slip into the holocaust denier’s camp. “It couldn’t be that bad, humans wouldn’t have let it get that far.” Inaction is its own form of evil and always will be because it consistently aids the oppressor in oppression.

One of my favorite G.K. Chesterton quotes puts it thusly, “No man’s really any good till he knows how bad he is, or might be; till he’s realized exactly how much right he has to all this snobbery, and sneering, and talking about ‘criminals,’ as if they were apes in a forest ten thousand miles away; till he’s got rid of all the dirty self-deception of talking about low types and deficient skulls; till he’s squeezed out of his soul the last drop of the oil of the Pharisees; till his only hope is somehow or other to have captured one criminal, and kept him safe and sane under his own hat.”

Which brings us back around to Gröning. Why did he come forward to refute holocaust deniers? After all, the damage was done, what happened couldn’t be taken back and Gröning himself didn’t believe he was culpable. Why dredge up the past? He had nothing to atone for. I’m sure there are a number of reasons for Gröning to respond as he did, but I tend to believe it must be because once you have seen what you are capable of, what your fellow ordinary humans are capable of, what a regular person who thinks himself good can accomplish that is expressly evil, you cannot stay silent about assumed morality and decency. Because if we allow ourselves to think that in our inaction we are good, then we will contribute to and perpetuate true evils against our own kind.

Gröning after the war found himself yet again in a position to ask what can one man do? His actions are a helpful template for activism. He started small, replying to the author of one pamphlet and assuring him, “it happened. I was there. I saw it.” and when that was not enough Gröning did more. What can one man do?

At the very least he can, he ought, to do something. 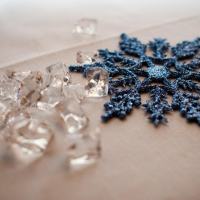