“How did he propose?” Is one of the most popular questions you ask an engaged couple.  And it ranks up there with stories guaranteed to get couples smiling and reminiscing. That is unless you ask someone from a generation or farther back.

I once asked two couples who had been married for sixty years – on the same day in a joint ceremony – how the proposals happened and they looked at each other, shrugged and said, “we just decided to get married.”

In my parents generation the conversations are much the same. Practical, efficient, no fuss. My older sister’s engagement happened in a similar fashion, privately, quietly, and without fanfare.

I can still remember the first time I watched an engagement video. It was a guy walking down the street singing a song to his girlfriend as a whole cast of friends and family members entered the scene for cameo breaks in their slow, choreographed parade down the street.

And then it wasn’t different. All of a sudden everywhere you looked couples were inventing new and elaborate ways to get engaged. Now asking about the proposal story was to ask about a key element in a relationship. There were photos, videos, staged settings, choreographed entrances, costumes, for heaven’s sake. A real theatrical.

And then of course posting those small movies online and hoping they’d go viral, and so many of them did. I remember vividly gagging at one that was synced to “Marry You” by Bruno Mars (and if you’re thinking “what a charming song!”, please give it another listen before deciding this is the kind of inspiration you want guiding a major life choice).

Obviously not everyone gets engaged this way, and just as obviously the people you see get engaged publicly seem to enjoy the spectacle. It’s the next better thing to a jumbotron screen popping the question for you in a stadium of eager voyeurs.

I’m probably old, and unsentimental, and hopelessly unromantic, and a complete robot, but the sheer herculean task of a memorable proposal would put me right off the idea of a wedding. I mean the wedding itself is usually a gong show, so I don’t understand why you need to have that kind of madcap chaos happen more than once.

Isn’t one public and expensive declaration of your love and commitment sufficient? Do you really need to do a show opener to get people to come? Because I got news for you, if the opening band is more exciting than the headliner, you’re going to leave people feeling like they didn’t get their dinner’s worth out of the whole experience.

Maybe I just don’t understand love, I mean that’s a real possibility here, but I always kind of figured that just getting up the nerve to propose was the biggest obstacle but can you imagine having to work on a lip sync too? And what if you don’t know her well enough and she hates that song. Or maybe you didn’t time the airplanes to fly over at the right moment. Or you did but your dog holding the ring got startled and swallowed the diamond? How can anyone think of starting a preliminary commitment under that much pressure?

When is it all supposed to get easier? Doesn’t this just feel like you’ve not only hit the ground running, but that you’ve hit it at a breakneck speed and you’ve got whiplash till the wedding? And then the wedding and oh dear God when does the circus ever end?

But of course it does and your love story fades into the tepid background of everyone else’s experience with you and suddenly you’re no longer viral, no longer headliners, no longer stars in a romantic drama.

I guess what I’m saying is how can you be sure your love story is going to last through the tedious quiet everyday nights if you’ve only ever experienced the fireworks with friends and family – and complete strangers online?

Like I said, I don’t really know anything about love. And maybe what we’re all just trying to do is save up memorable and important stories. And maybe engagements are the only chance for the couple to express themselves given how much weddings become odes to the parents of the bride and groom.

All that’s possible. But on the whole, it seems a very American thing to take a nice quiet idea and turn it into a big explosive competition where we measure love by the size of the bill and height of the balloon arch.

But I could be wrong about this. 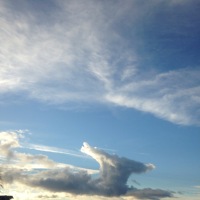