If you’ve been reading this blog for a length of time or know me personally you’ll have gathered I’m not athletic. Never have been, have no plans to be. I like sedentary pursuits. Reading. Sleeping. Being left alone. Doing crossword puzzles alone.

I used to be under the illusion that I liked board games, but have been cured of this belief over the past decade. I think I hate them. This doesn’t exactly leave a large window of group activities, which I find to be telling but I think my friends would probably term “boring”.

While I’m passable at conversations there’s a mistaken notion that I’m word-gifted. Probably encouraging this inaccuracy is my tendency to use words that even I don’t properly understand. But honestly if you say anything confidently enough it sounds incongruous.

In that spirit a friend of mine introduced me to a word game, clearly under the illusion that words are a game to be played. It’s so not true, if anything taught me that it was my sister chastising me for not knowing what “sputnik” was when I was twelve and we were playing Taboo. Don’t worry, sister, I know what the Russian satellite from 1957 is now. #neverforgetsputnik

At any rate, the way this “game” is played is two people, presumably friends (at least at the start of the game) say one word at the same time and then keep saying new words concurrently until they land on the same word.

Once the game was explained to me I was filled with an entirely unnatural and absolutely paralyzing mental blank.

A word?? One?? How do you pick one word?? Do you even know how many words are out there??

“No, it can be any word.” My friend replied, clearly unaware that nothing could increase my tension more.

ANY WORD?? Just think of adjectives ALONE. We were going to be here ALL NIGHT.

Internally as I was aware that this was herculean task I also realized that a child would have absolutely no trouble at all with this game, happily and readily picking a word and not needing roughly five minutes to prepare themselves to choose a word.

But I knew I was going to pick the wrong word. I knew it. I can’t explain this to you. Especially as the game is a team game with no adversary and let’s be honest, no stakes. Either we both won or we both lost. Which is perhaps where some of the anxiety comes from and why golf is my preferred sport if I must sport. Solo activity. If I’m taking the whole ship down then it’s still just me, no one else gets upset.

So after mentally preparing myself to fail at picking a word, I desperately stared at my bookcase for inspiration and came up with “binder”, which of the paper related words is easily the most boring. Not that it matters. Not that my word needed to be scintillating, but honestly BINDER. Ugh.

My friend said “pineapple” and I thought “we’re doomed.” That’s it. Just pack it in, end friendship, say good night, it was a good friendship while it lasted, but we’re clearly on two totally different planes of existence. It’s just not worth it trying to meet in the middle.

After significant coaching and what I definitely consider cheating, we finally got to the same word. (Apparently there are no wrong words? It feels wrong even typing it.)

Friends, it was exhausting.

I know it’s a crazy thing to stress about, an absurd situation to feel anxiety over, and that secretly if I’m being honest, I found it kind of fun, probably, but it was one of those teaching moments of life.

I’m sure you’ve got a word or two here for this kind of life lesson. I’m sure you’re thinking “connection” or “communication”. Perhaps even “trust” or “listening”. All excellent choices. And well done you for taking such a positive message from my train-wreck of social interaction.

But I don’t have one word to end this with.

I’ve been sitting here for a good ten minutes trying to think of one, but I’ve got nothing. One word. I mean honestly who can think of ONLY ONE WORD? What is this, prison??

What kind of game puts limits on your vocabulary? Why are we self-censoring?? 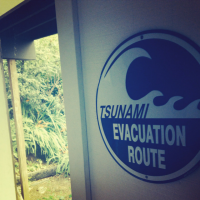 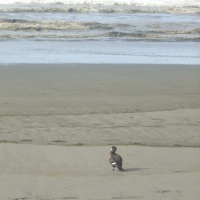